This is my entry into the Wind and Water writing contest.  I was totally honoured to be one of six shortlisted for the Fiction/Non Fiction Category 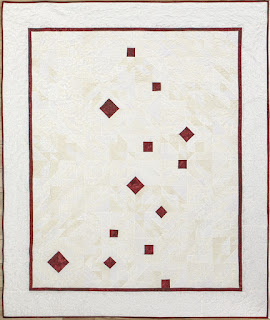 At Peace … a memory

I watched him sleeping as a slit of sunlight played in the room.  His breathing was short and irregular.  The cancer had spread to his lungs and every time he reverted to his normal rhythm of deep breaths, he grimaced with pain.  Other than that, he seemed comfortable.

I smiled as I flattened a lock of his hair and walked over to the window.  Outside, the world sang with the re-birth of May.  I opened the blinds a little more, to add warmth to the room.  I didn't open them all the way. He needed sleep. His sisters were coming later.  He wanted to be rested when they arrived.  He wanted to have energy for a joyful goodbye.  The lilacs outside the window were beginning to bloom.  Lilac season was his favourite time of year.  Somehow, it seemed fitting that he'd die when lilacs were in bloom.

He grimaced and stirred in the bed.  I took his hand, and let my other hand brush his cheek. His eyes fluttered open.  They were vacant, as if he wasn't there, and I panicked. We had a deal.  I would stay with him, touch him, talk to him, be with him, until his sisters came.  Once they arrived, someone would stay with him until the end.  But until they came, he had promised not to die.  As I explained all of this to him, he smiled, squeezed my hand, and moved it lovingly to his chest.  Even as his body was deteriorating, the part of his heart that he shared so generously, remained present and whole.

He went back to sleep, and I studied his face. His skin was yellow.  The cancer had spread to his liver.  His cheeks, his forehead, his gums, his jaw bones were exaggerated, void of flesh, and draped tightly with skin.  I smiled at the perfection of his moustache draped over his upper lip.  He was cleanly shaven other than that.   I had shaved him that morning, and then brushed his moustache with mascara to hide the grey.  He was determined to look his best, so I had searched the cosmetic department at the local drugstore to find the colour I remembered his hair being on the day when we met and fell in love so many years ago.  As we looked at my handiwork in the mirror, we knew that I had not been successful in my quest. We laughed knowing that both of his sisters would kiss him as soon as they arrived and that each would then sport that same coloured moustache.

A slight gust of Spring blew into the room.  The scent of lilac was strong, but it was underscored by the always present odour of death.  The cancer in his bladder had grown and it was blocking his kidneys.  They were starting to fail.  Cancer is painful.  Kidney failure is not.  The thought of dying in pain terrified him so it was decided that he would die of kidney failure.  That sour, almost rancid smell would be the only negative aspect of this plan.  I smiled as I looked at him and decided that I would only smell the lilacs.

There was a partial bottle of Boost on the table beside the bed.  He found eating or drinking a chore.  The cancer had spread to his oesophagus and swallowing was difficult.  I carefully eased my hand out of his and quietly carried the bottle to the bathroom.  We didn't need that adding to the sourness of the room.  As the toilet flushed, I heard him call my name.  He had been become more and more restless throughout the day.  That morning he had stopped taking his medications.  He wanted his mind to be clear and alert when his sisters came.  I stayed with him all that day and we talked.

We talked about when we first met and how we knew within minutes that this was the real thing.   We talked about our hopes, our dreams, our challenges, our disappointments, and about how all these intertwined to create our life, our love.

We didn’t talk about the point in his illness when I decided that he was right and that life sucked.

When his sisters arrived, there were tears, hugs and kisses, followed by laughter as he pointed out their moustaches.  I smiled and left them alone.  This was their time.  I could hear his smile through the murmur of their voices.  This was the joyous time of goodbyes that he had waited for.  I knew that it was going well.  Laughter and love permeated from the room.

Some time later, his younger sister came to get me.  He wanted to see me. Alone.

The nurse came and administered his first dose of morphine.  She left the shunt in and showed me how to inject pre-measured vials.  She told me to call her when it was time. She wanted to be the one to 'pronounce'.

An incredible calmness fell over him.  He was no longer with us.  Sometimes he had conversations with people in another place.  His lips would twitch, his eyebrows would raise, and his hands were busy.  All of this seemed pleasant for him and we knew that he would be happy there.  We took turns sitting with him. We talked about our best memories, our favourite times, and what we loved most about our time with him.  We played music that he loved.  We gave him permission to go.

Sometime during the third night, I was awakened by a voice calling my name.  I went into the room.  His sisters were trying not to cry.  I sat beside him and held his hand as his chest fell for the last time.  His sisters left us alone.  I tried to close his eyes, but they wouldn't close.  I held his hand until there was no warmth left.  I didn't cry.  We had a deal.

Later that night, the nurse arrived and 'pronounced' him dead.  She closed his eyes.  Then, the undertaker came with his entourage of assistants, all dressed solemnly in grey mourning suits, whispering amongst themselves as they manoeuvred an awkward gurney covered with a red velvet zippered sack in, and out of the house.

And then it was over.

I stepped outside into the night and went to see my sheep.  Ewes and lambs slept comfortably around the barnyard, each family in its own space.  I knew that one ewe was missing.  I found Lily inside the barn.  Sometime during the night, she had delivered a lamb.  I picked it up, its belly full and warm with milk.  As I held that newborn lamb, waves of tears screamed from my body and I sobbed uncontrollably.

When I was done, I put the frightened lamb down and made sure that she was settled with her mom.

Sunrise was growing over the barn as I walked into the house.  His sisters enveloped me in tear filled hugs.  I told them not to cry.  I told them to remember all that was good in their time with him. I told them that he had nothing left to complete and he was at peace.  I left out the part about his wit, his wisdom and his incredible good looks.

Someone had made coffee.  I fixed myself a cup and sat down at the kitchen table.  I had phone calls to make.

Posted by Bill Stearman Quilts at 16:20